In the digital world of Australian investing, there are few more concentrated hives of scum and villainy than the pumper-infested waters of stocks forum HotCopper.

While the Aussie media loves lambasting seedy Facebook and Telegram groups, this concentrated ball of confirmation bias instead continues to inexplicably fly under the radar.

A tribal gathering place where the hairs are grey, only blind positivity is allowed, reasonable bearish arguments are scorned, and “$10 Parties” are predicted years in advance (of scammy lifestyle companies run by dodgy directors actually producing anything tangible), the website has also evolved to speak a language all of its own.

Legends say this is a survival instinct developed to alienate newcomers who may – Gods forbid – have a bearish view of a stock’s future prospects, and engage in the forbidden black art of “downramping” 😱.

Many years of rigorous study have enabled us to decipher this ancient codex, which we can now share with you. Armour yourselves with this vocabulary, brave adventurers/trolls, before you venture forth into the hellish depths of this abysmal stonks community.

Here’s a brief glossary of terms translated to regular English that will help you speak HotCopper, and how to use them in context.

Note: the examples given here are (slightly) modified versions of actual HotCopper posts.

GLTAH (Good Luck To All Holders): as a fellow blind pumper of this stock, please upvote my pumping post and possibly even give me a “Great Analysis” lightbulb, to vainly attempt to improve sentiment on the dogshit penny stock we both hold.

~80% chance of this being included at the end of every post; pronounced similarly to the name of an Aussie native bird. 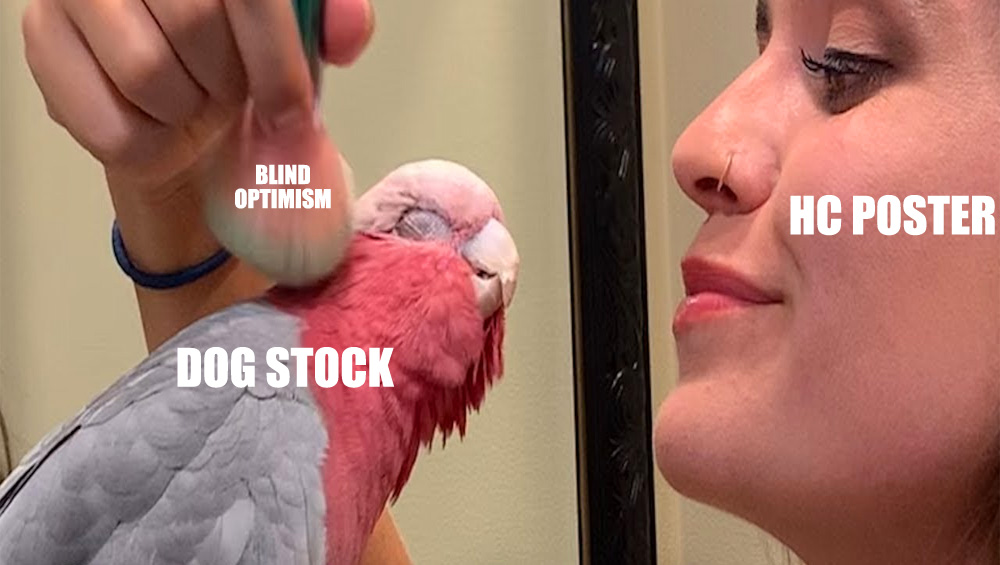 Example: “I see an easy 5 bags from here for the company from here on out. We will all be laughing at the weak hands who sold posting from our yachts in the near future. GLTAH”.

DYOR (Do Your Own Research): the ultimate, blanket, “get out of jail free card” for any terrible advice given on this forum. Literally air-tight; not even the most skilled lawyer on this green Earth would ever be able to penetrate holes in such an ironclad statement. ~90% chance of this being included at the end of every post.

Example: “A positive DFS is all this stock needs for the $10 Party to start. Downrampers can pry my shares from my cold, dead hands. DYOR” – Current stock price: $0.014, Sentiment: Buy, Disclosure: Held

Paid Downramper: someone who presents a balanced, logical view on a stock’s potential performance, and mentions that the stock – for example, a micro-cap agricultural company in Bumfuck, Western Australia – may not actually sign a prosperous agreement with Tesla/Apple in the near future.

I shall thus click on their post, and report them for “Flaming/Baiting”, so that my bubble of naïve positivity remains untainted.

A – “The company’s last update showed that even after 6 years and 14 cap raises, it doesn’t look like this company’s business model will ever be profitable at this point.”

* may be accompanied by a giant, pixellated JPEG image of a prison/jail cell or similar, that also breaks the layout of the forum thread

TINFA (This Is Not Financial Advice): I noticed that ASIC has mentioned they will be patrolling forums when reading my print version of the Australian Financial Review on the verandah of my seaside Sydney Northern Beaches mansion.

They have indicated they may pull me up for writing ‘advice’ posts that might as well be scrawled on the walls in shit; this will no doubt shield me from any consequences.

Example: “Buy buy buy. That’s what I’ve been doing. Love filling my tummy gobbling up these cheap shares. You’d be insane to sell now #TINFA my opinion only #dyor.”

BUTTATP (Backing Up The Truck At These Prices): the stock we are holding just dropped 34% in one day after the company Director was caught molesting a flock of chickens while snorting premium cocaine purchased with shareholder money.

I am pretending I am buying more of the stock – not just some, but a proverbial truck-load – declaring it is now a “bargain”. 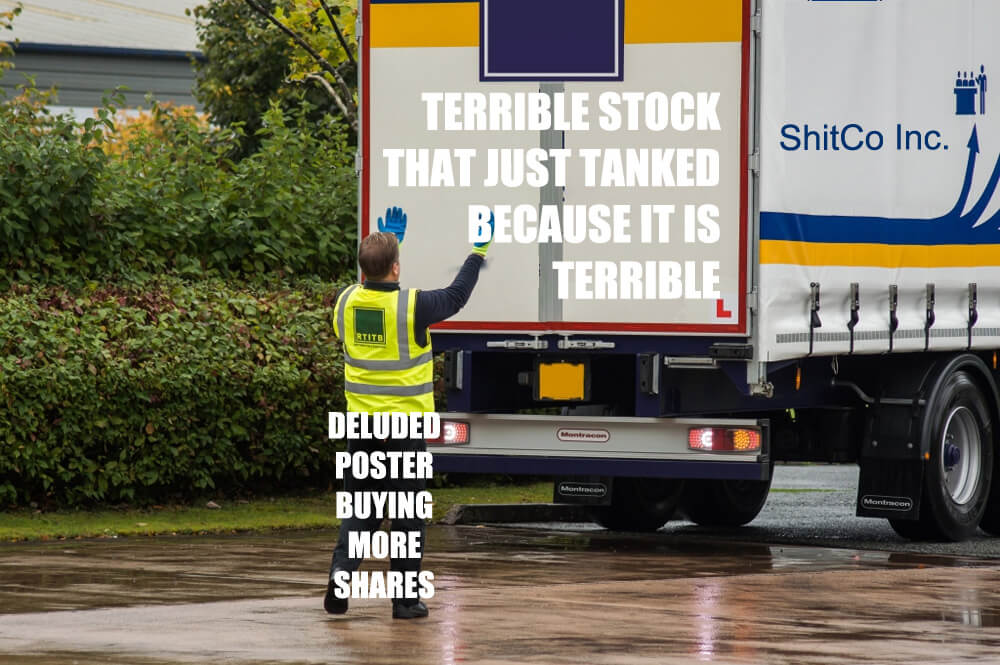 Example: “If you are convinced on this stock then you would be stupid to not be Backing Up the Truck(™) right now at these prices. Sell everything including the Kitchen Sink to BUTTATP. The train is leaving the station.”

JATS (Just A Tree Shake): a solid tactic/description to use when a mining exploration company announces they have discovered only dust and tears with shareholders’ money, and the share price takes an Olympic-level dive.

Typically used by those who were down at the RSL at the time the share price plummeted and missed their chance to get out, being left holding unimaginable bags, in a vain attempt to inject a sense of optimism.

Example: “JATS to see which monkeys drop out. Should be some great news next week… l hope everyone is topping up. Clear manipulation.”

TIANB (This Is A No Brainer): an anthem of self-reassurance often used to prop up one’s mediocre stock picking ability. Especially common on stocks with more red flags than a Chinese Communist Party parade.

These may include: located in an African country in a perpetual state of civil war, a director selling most of their shares for “tax reasons” as soon as the stock hits all-time highs, biotech / cannabis company with a product that turns out to cause instead of cure cancer, etc.

Example: “Blind Freddy could see TIANB to carry for life, I’m not here to spoon feed weak hands who don’t realise this is a life-changing stock.”

PDTTW (Please Don’t Tell The Wife): I have resorted to dipping into our Super fund to gamble on this shitty speculative stock in order to make my mundane 40-year marriage more tolerable.

Unfortunately my hag of a wife wears the pants and I am barely a shell of a man – therefore I must keep my purchase of these additional shares a secret, lest my losses cut the number of cruises we can take per year down from 5 to 3.

Example: “Just bought more, PDTTW, I’ve been holding this stock for 3 years so this one should finally show me some love as I’m tired of making up excuses to tell the wife she cant buy the new car and to start looking at the 2024 model..”

JSTTC (Just Spoke To The CEO): a defensive weapon often deployed when the share price of ObviousLifestyleBiz Ltd. has done fuck-all for several months, and fellow posters are starting to show frustration about a lack of news / realisation that the company their retirement fund in is likely a scam.

Can be used in two different ways: 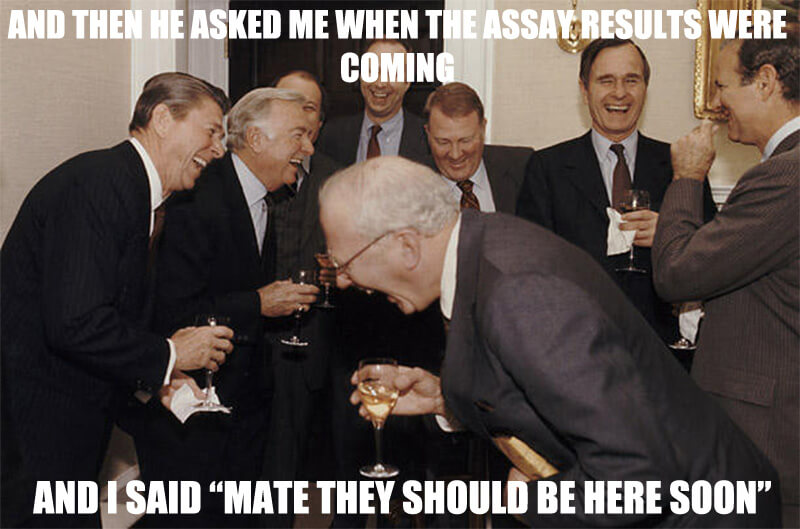 Example: “Guys, JSTTC and he assured me that the shares he sold were for a family emergency and we can still expect positive drill results very soon!”

Obvious Manipulation / Bots: a firm belief that a stock can never go down based on its negative merits – despite bleeding money/digging up water instead of oil/being a literal scam shortly leading to them being de-listed.

There is always something else to blame, it can’t be that I simply chose a terrible stock. 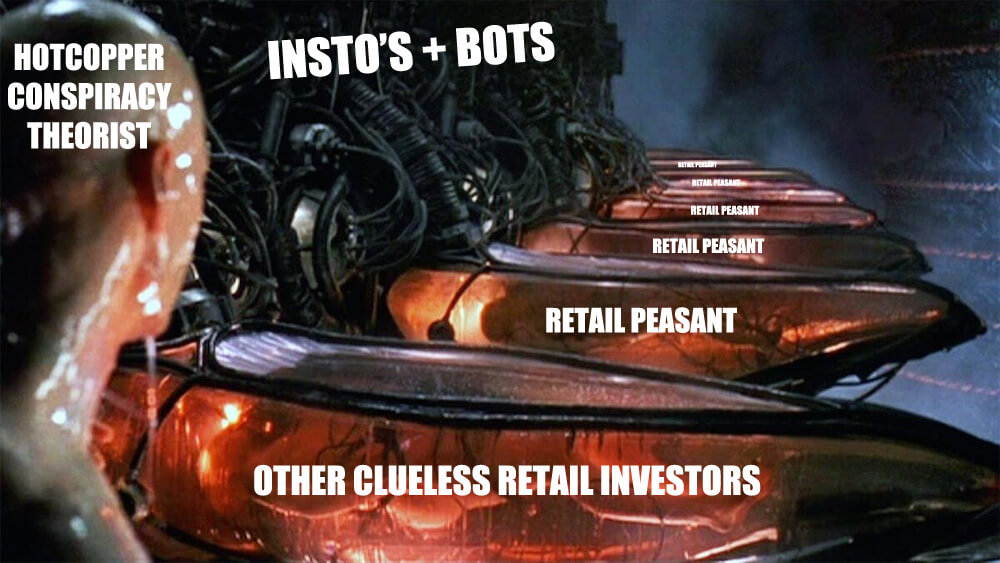 Usually also accompanied by statements of the ASX being “rigged”, and/or calls to gather together for a “class action lawsuit”.

A – “Why is this company trending down for 11 straight months without any recovery in sight?”

B – “Bots at play, instos no doubt obviously manipulating the price down to accumulate more. It’s getting ridiculous now to the point of selling drugs in an open shopping mall!!! And nothing happening!”

JIPG (Just Instos Playing Games): Similar to the above, as it is literally impossible for the share price of a company I selected myself to legitimately decline, it must be the secret cabal of institutional investors (a.k.a “instos”) who are pushing the price down.

Much like invisible, evil puppet masters, these “instos” simply will not stop until they are done driving this company’s market cap down until it de-lists. They are game-playing masterminds, like financial vampires sucking joy from seeing me lose my equity in the stock market.

This has nothing to do with the fact that the underlying sole commodity the company deals with has halved in price, they are raising capital again for the 5th time this year to buy personal helicopters for management, or the CEO was just featured on A Current Affair giving a racist tirade.

Example: “If this is a short squeeze due to instos getting too cute playing the arbitrage game, serves them right.”

Refers to my ‘prediction’ that the share price of ShitCo Inc. will no doubt hit a $50 billion market cap soon despite having 7 quadrillion shares on issue, the director blatantly selling as many shares as he can to any chump who will buy them, and a product that is basically a pie-in-the-sky concept drawn on a square of toilet paper with crayons.

Usually ‘just’ dependent on the right partnership/acquisition/Elon Musk getting involved with the company somehow, despite the fact that Elon wouldn’t even wipe his ass with said toilet paper blueprint. 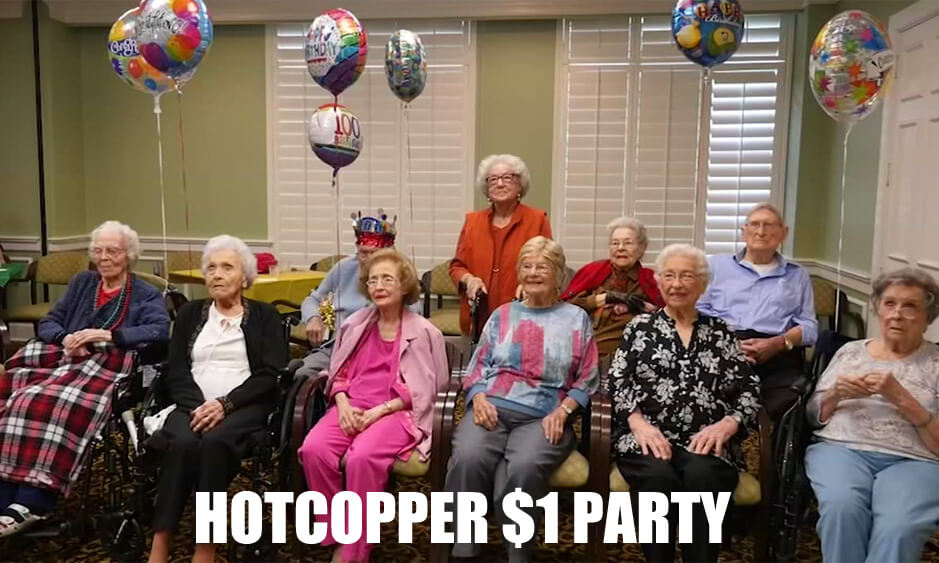 Example: “$1 party not long away. If you post it it will come. The big players are accumulating. The right acquisition and BOOM. I’m in retirement when it happens.”

GSFTCAL (Gathering Signatures For The Class Action Lawsuit): When a disgruntled HotCopper poster reaches their final form – and no amount of screenshots of supposed instos, bots, paid downrampers or any combination of the above has done the trick in addressing a lack of share price performance – this is the ‘nuclear option’.

The company is clearly deceiving shareholders by losing you money despite giving you ample warning, being entirely transparent, and the entire sector being down alongside the company you hold; so you are left with no other course of action.

It is time to rally your fellow forum troops, and start GSFTCAL. After all, we wouldn’t want actual accountability for our poor choices, would we? And never mind that the lawyers will pocket most of the funds returned should this actually ever make it to trial, dammit.

Disclaimer: no HotCopper posters were harmed in the making of this article (usernames removed from any post excerpts included). This is satire; lighten up.

Any key terms we’re missing? Let us know in the comments below.

My Stock released Good News – so why is the Share Price Down?

Vote for Stock of the Week 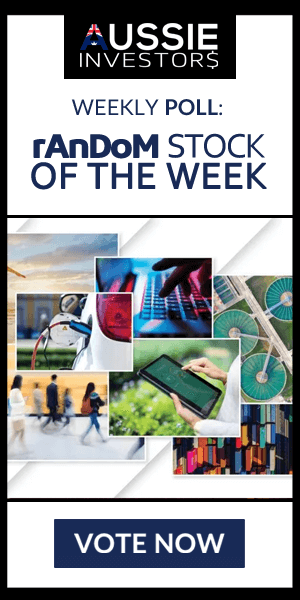 for our next ASX stock to review

Each week, we choose a random stock on the ASX - as voted by you - to profile, review & see what makes them interesting.